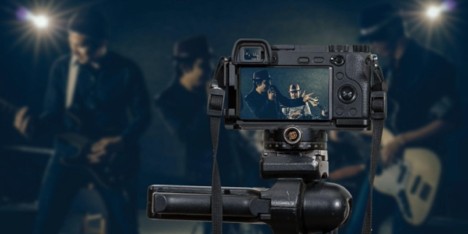 Are you a filmmaker who wants to expand your horizons and make more films? You might be interested in expanding your experience and resume as a filmmaker but aren’t sure where to start?

Music video production is something you might be interested in. Music videos can be very similar to movies in many ways. It’s an excellent way to grow and learn as a filmmaker. You can also add it to your resume. The roles and responsibilities of music video producers are often similar to those in film productions. Music videos need directors, editors, cinematographers, producers, gaffers, grips, and other roles to produce a professional-looking video. You can dramatically improve your filmmaking abilities in writing, cinematography, editing, and directing.

Here are many ways making music videos can help you become a better filmmaker.

Music videos, much like filmmaking, are heavily involved in visual storytelling. You will need to determine the story and direction of a music video. Is it a video of a sad song or one for an upbeat song? Is it a genre of music? What message is it trying to convey? These are the questions that you need to ask yourself when creating the story for your video.

You can be as creative or conservative depending on your music video budget. To tell the story, experiment with exotic locations, sets and props. You’ll probably talk to the artist before you shoot the music video. Talk with the artist about the song’s style, tone and feel and convey it through the visuals.

A music video director acts in the same way as a director of the film. They direct actors and crew members as well as oversee the production. Do they sound similar? They are almost identical.

One of your primary responsibilities when working on a music video set is to bring out the best in the artist and the other actors/actresses. The cinematographer will need to be consulted about the lighting techniques and shots you’ll use in certain scenes. What shots will convey the story and tone? You will decide how the music video is shot visually and story-wise and how it will look post-production.

Editing a music video is the next step after it’s been shot. Depending on the type and genre of your music video, there will be different effects and transitions that you need to use to enhance the story, direction and style.

While not all music videos need flashy effects or colour grading to be effective, they all must convey their audience. Editing will put together the music video. It is your job to decide how it will be presented.

Music video production requires more than just the director, editor, cinematographer, or editor. Depending on the size of your production and your budget, there may be other roles, such as producer, production designer and make-up artist.